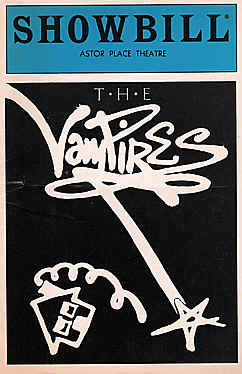 Ed, a carpenter turned playwright, has had his would-be masterpiece savaged by his brother, Ian, a drama critic who (upon losing his job) decides he is a vampire — sinking his fangs into his wife’s neck and then sending out to the butcher shop for a fresh supply of blood. Ian’s decision to “hate everything” does not, however, spare him the wrath of his disgruntled brother, who demands that he recoup the damage from his theatre review by restaging the play for an invited VIP audience. Ed and his wife are also searching for their precocious thirteen-year-old junkie daughter, a quest which Ian’s wife abets by sending her favorite guru off to look for her. When the missing Zivia turns up she has apparently acquired supernatural powers (and married the guru) all of which leads ingeniously to the hilarious (if cautionary) final scene in which, as Eileen Blumenthal puts it, “one is left with a vision of traditional America, decadent and stupid, taken over by a new order that is brainless, fanatical, and barbarian.”

THE VAMPIRES was first presented by the Empty Space Theatre in Seattle Washington, on January 11, 1984. The New York premiere was subsequently presented by Stephen Graham at the Astor Place Theatre in New York City on April 11, 1984. It was directed by the author with sets by Adrianne Lobel, costumes by Rita Ryack, lighting by William Armstrong, sound by Paul Garrity, and fight direction by Randy Kovitz. The production stage manager was David K. Rodger. The cast was: 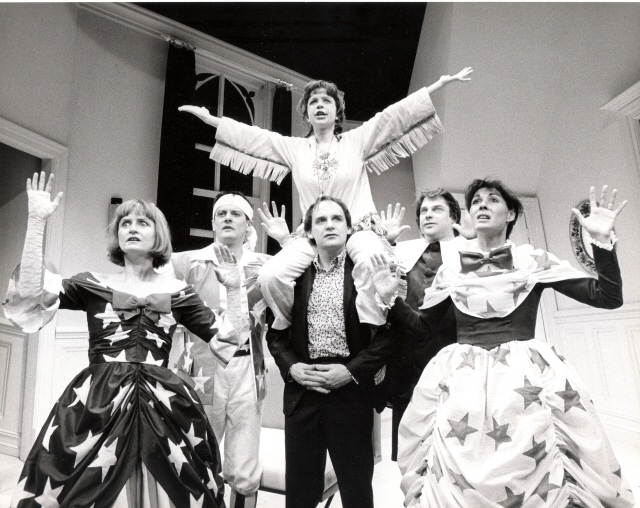 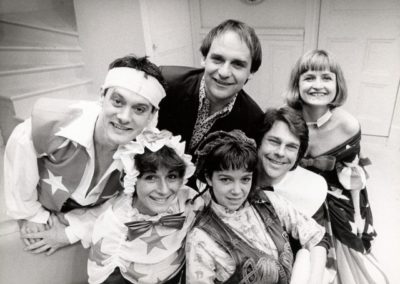 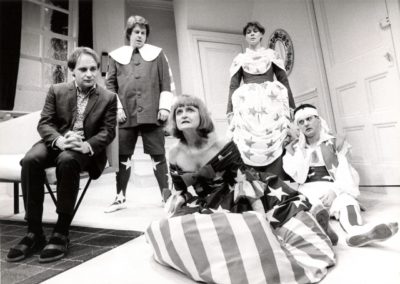 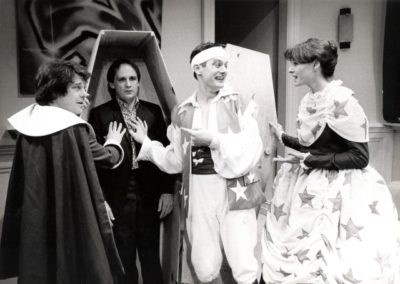 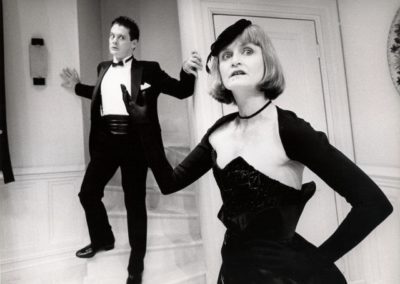 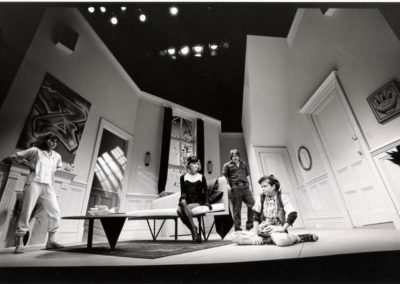 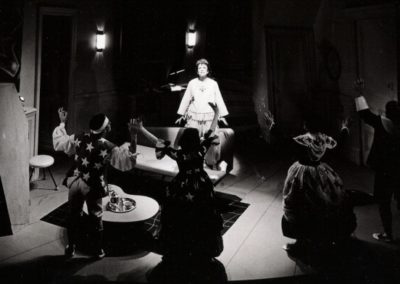 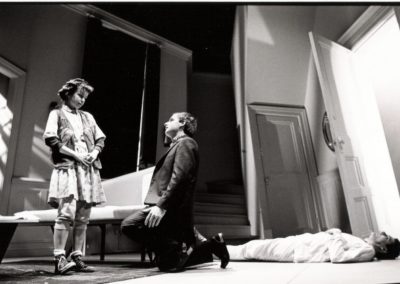 The original cast of The Vampires with the author/director