For the first time since Zero Positive (1988), the theatre itself returns as a central metaphor in a Kondoleon play. The theatrical “bridal pageant” that opens Act II is only one of several artistic happenings in Half Off. Songs, paintings, dances, theatrical displays – all have healing powers. The arts are everywhere, begging a comparison to a late Shakespeare play, The Tempest, which shares with Half Off a melancholy sense of farewell to the theatre and to life. (See the complete text of Howard Shalwitz’s director’s note here.) 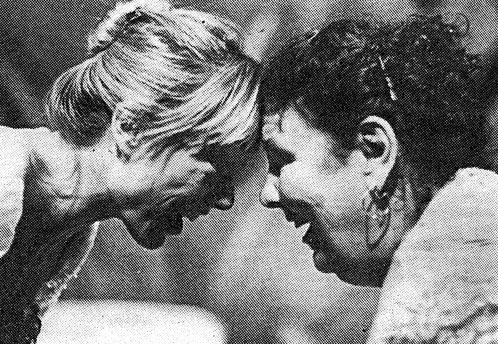