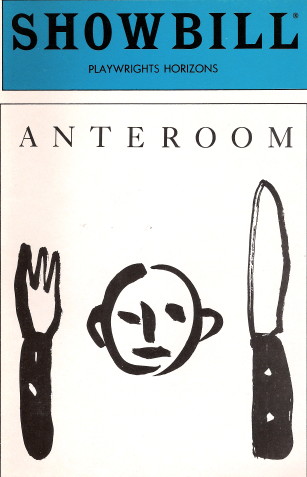 The action of the play takes place in the butler’s pantry of Fay Leland’s lavish seafront estate on Long Island. Parker, the flamboyant son of Fay’s friend and neighbor, Craig (whose wife ran off with Fay’s husband), has inveigled a job for his cash-poor friend, Wilson, as Fay’s cook and butler – which is part of Parker’s scheme to convince the pill-popping Fay that Craig is secretly in love with her, Craig is planning to sell his property and business and retire to Switzerland, and Parker’s thought is that if he can send Fay off with him he will inherit her mansion and, at last, be able to establish himself as a “celebrity” in his own right. But problems crop up when it develops that Wilson can’t cook; the Polish maid, Maya, goes “on strike”; and Parker alienates his father’s black mistress by showing up at the second act costume party (where everything comes to a riotous conclusion) masquerading as Josephine Baker. 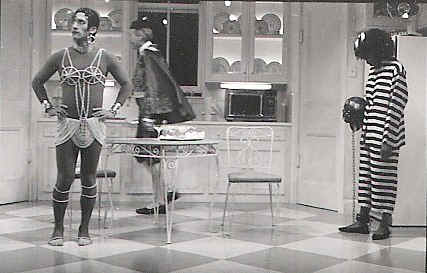 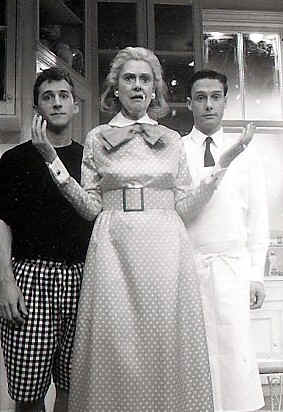