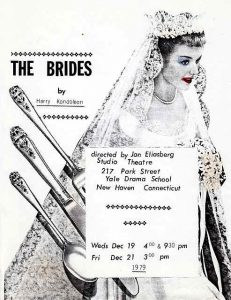 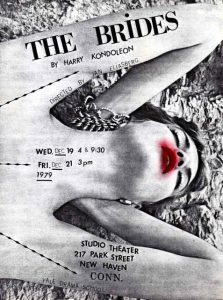 THE BRIDES was first performed in a student production at Yale Drama School December 19 and 21, 1979. It was directed by Jan Eliasberg.

The play was first produced professionally at the Lenox Arts Center in Massachusetts by the Music-Theater Performing Group (Lyn Austin and Margo Lion, producers), on July 23, 1980, with the following cast: Susan Blommaert, Sheila Dabney, Caitlin O’Heaney, and Pamela Reed. It was directed by the author with music by Hal McKusick and costumes by Rita Ryack.

THE BRIDES was subsequently seen at the Cubiculo Theater in New York City on April 22, 1981, under the title “Disrobing the Bride.” It was directed by the author with Patricia Benoit, music composed by Gary Fagin, scenery and lighting by Loren Sherman, costumes by Ann Emonts, and performed by Ellen Greene, Caroline Kava, and Mary Beth Lerner. 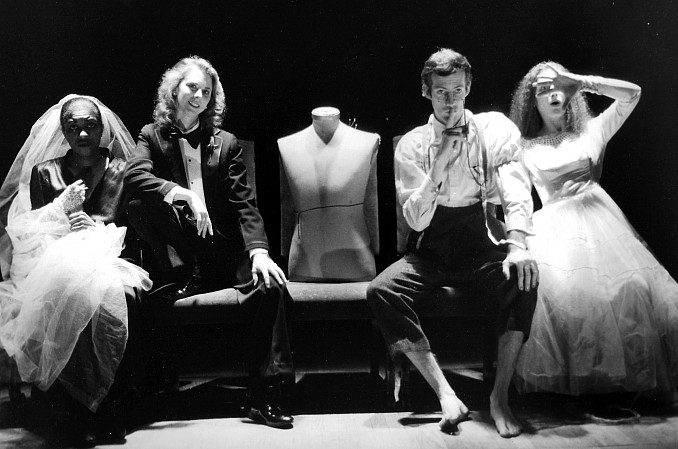 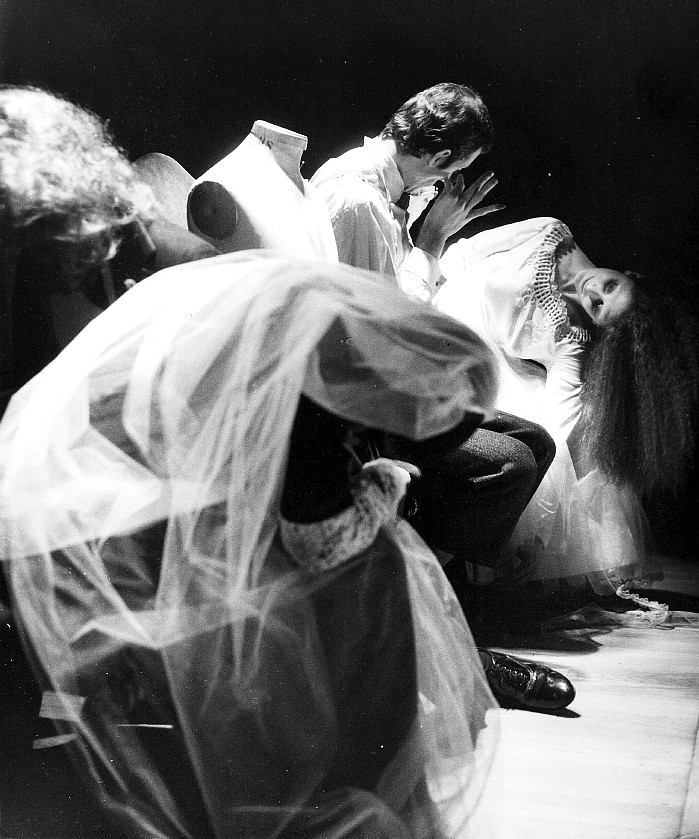 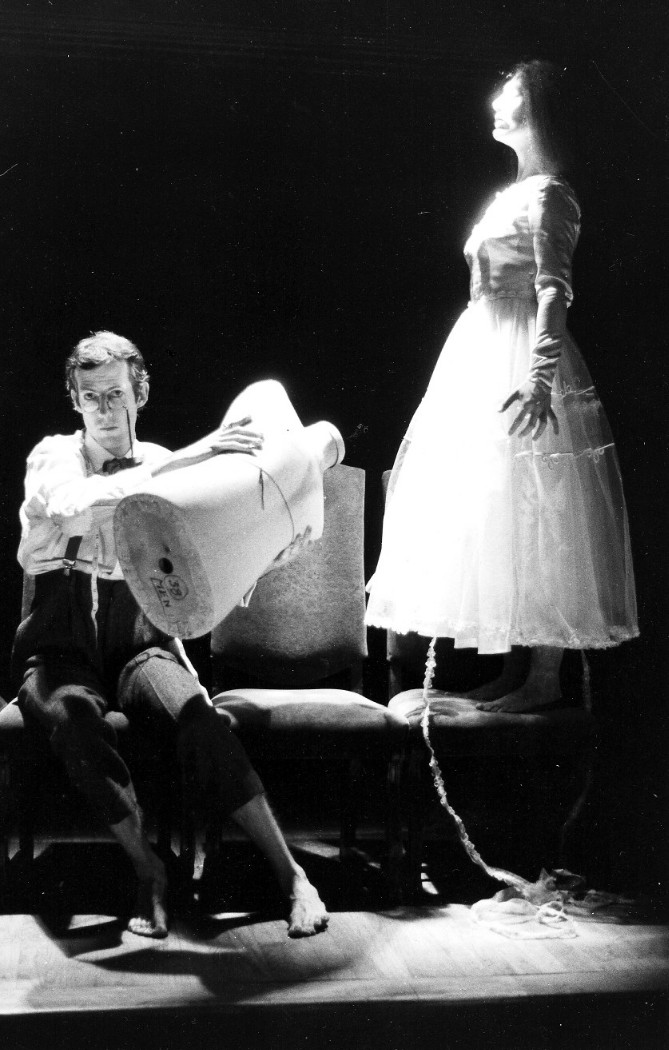 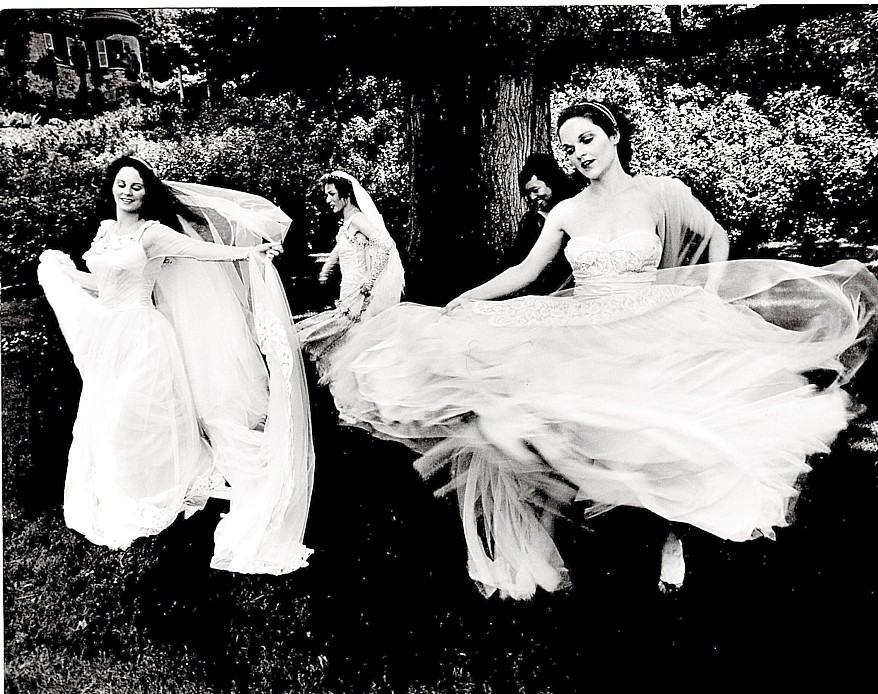 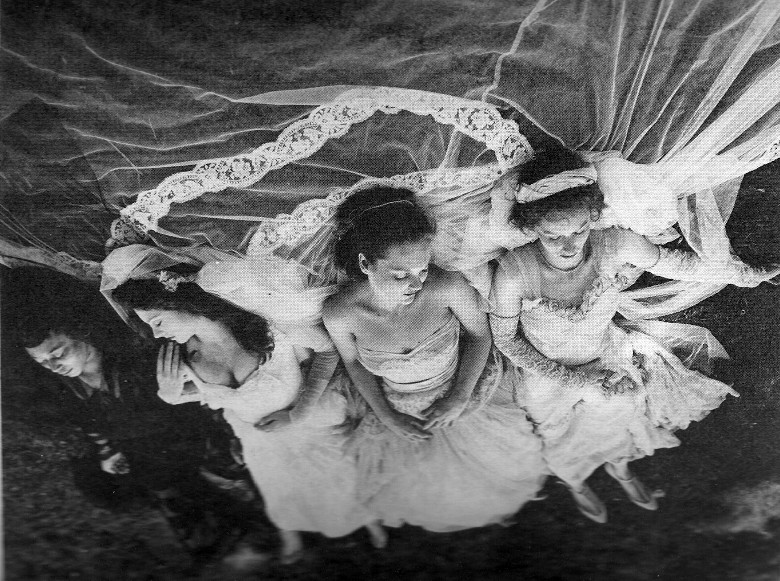 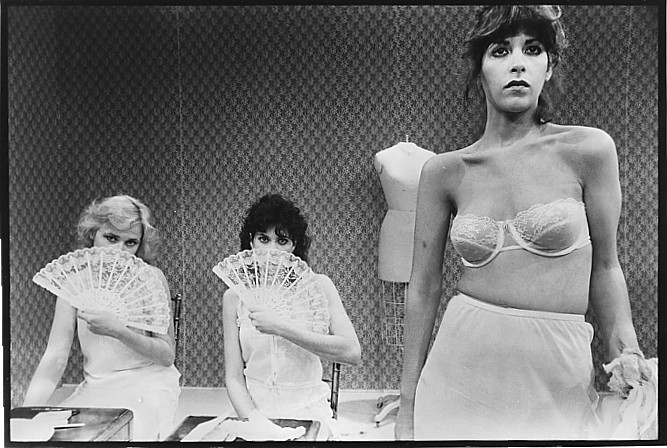 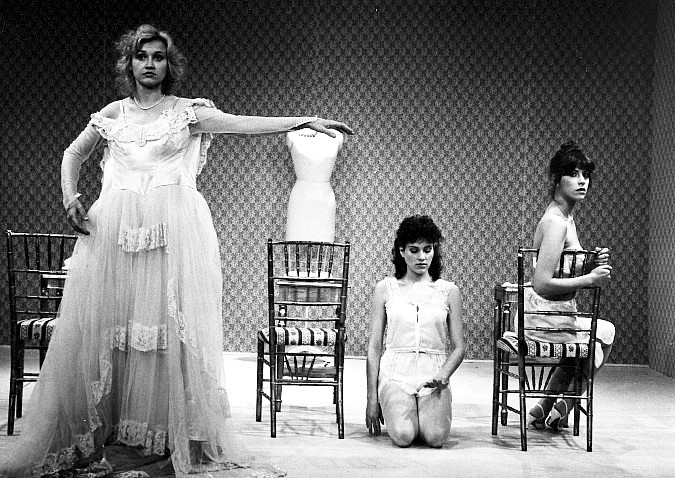 Full Text:
To see the full text of the play, click here.