Linda Her is set in a summer cottage where Carol, an insomniac, lies awake pondering her dissatisfaction with her boring husband (who talks endlessly of a lost love whom he hasn’t seen since kindergarten) and their bratty daughter. In fact, she is thoroughly disenchanted with the whole domestic scene–whereas her unmarried friend, Janet, couldn’t think of anything nicer. So Carol does the right thing, and tiptoes off to a new life, leaving her sleeping husband and child to the ministrations of the easily persuaded Janet.

The play was first presented on a double bill with The Fairy Garden by the Second Stage (in association with Tony Kiser), in New York City, in June 1984. It was directed by Carole Rothman; the set design was by Andrew Jackness; the lighting design was by Frances Aronson; the costume design was by Mimi Maxman; the sound design was by Gary Harris; and the production stage manager was Robin Rumpf. The cast was: 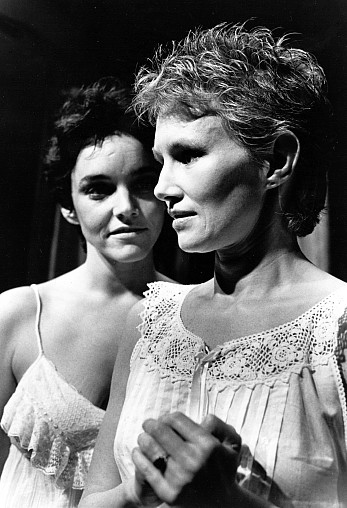